Game of Thrones may have been a disappointment, but what can A Song Of Ice And Fire fans expect to see in Winds of Winter?

Fans of A Song Of Ice And Fire, the book series that HBO’s Game Of Thrones is based upon, are still anticipating George RR Martin’s long-awaited fifth book The Winds Of Winter. Readers have had a considerable amount of time to decipher Martin’s foreshadowing. Despite the divisive finale of the show, it’s clear the the books will have a different ending, as the storylines have already diverged to a huge dregree.


Sample chapters from The Winds Of Winter are available to read on Martin’s website. Readers can expect to see a multitude of jaw-dropping moments and heartbreaking scenes in the upcoming installment…


The Burning Of Volantis 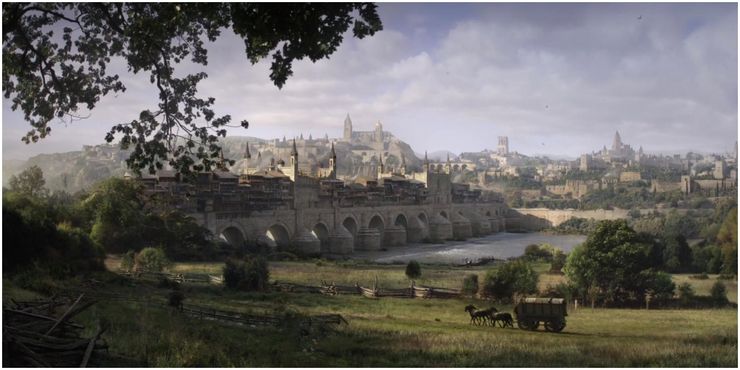 Daenerys has a long journey ahead of her before she finally reaches the shores of Westeros. In Tyrion’s chapters in A Dance With Dragons, readers learn that the slaves in Volantis are eagerly awaiting Dany’s arrival. One of them asks him to deliver a message to the Breaker of Chains; “tell her to come soon.”

Dany has smashed the slave trade in Slaver’s Bay. Her conquest in Essos will likely continue throughout The Winds of Winter, as foreshadowing in the books suggests that Dany will burn Volantis on her way to Westeros. 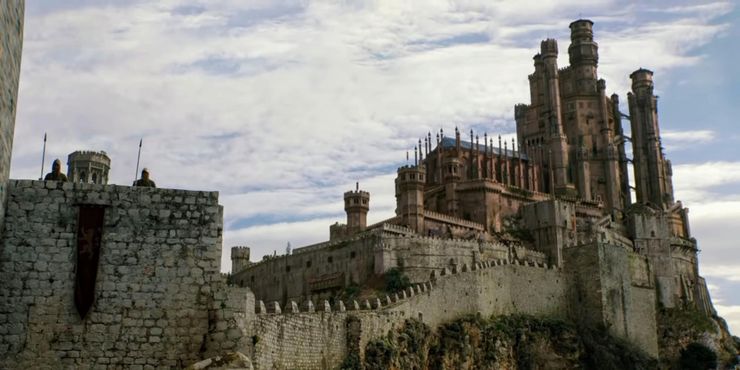 Viewers of HBO’s Game Of Thrones had to wait until Season 8 to see Cersei Lannister’s long-awaited downfall. Book readers can expect to see Cersei’s demise sooner, however, as Aegon Targaryen and the Golden Company look set to storm King’s Landing.

The son of Rhaegar Targaryen and Elia Martell is supposedly revealed to have survived in A Dance With Dragons and returns to Westeros to take the throne. Sample chapters from The Winds of Winter suggest Aegon will ally with Dorne, and Dany’s prophetic visions from A Clash of Kings suggest he will successfully take the city. 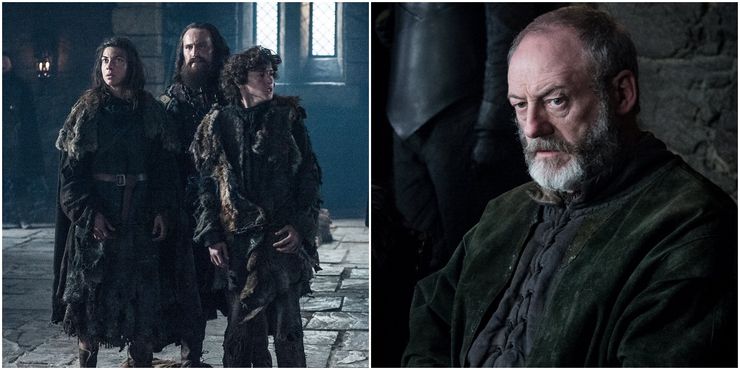 
Another character who is still alive in the books is Rickon Stark, who fled to the island of Skagos with Osha in A Clash Of Kings. In A Dance With Dragons, Davos Seaworth learns that Rickon is on Skagos and is tasked by the Manderleys to bring him back to White Harbor.

Wyman Manderley tells Davos that he will declare allegiance to Stannis’ cause if Davos rescues the lost heir of House Stark. Readers can expect to see Davos’ rescue of Rickon in the upcoming ASOIAF installment.

The Battle For Meereen 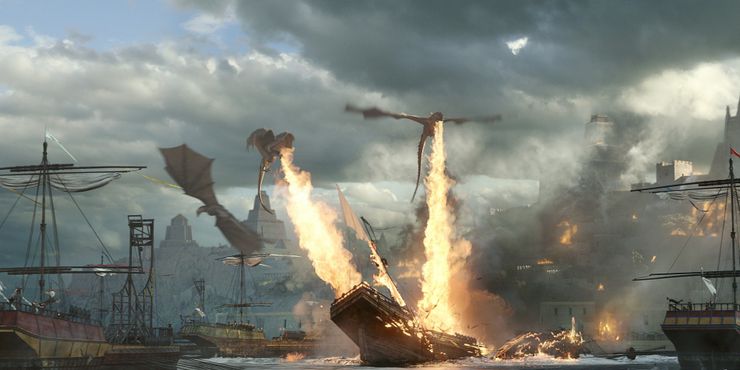 The Winds of Winter will have to resolve the complicated political situation known as the Meereenese Knot. Daenerys is absent from the city, but Barristan is preparing to battle the Yunkish forces in her stead.

An alliance of slavers from cities such as Qarth and New Ghis began the second siege of Meereen in A Dance With Dragons. Sample chapter from The Winds of Winter further set the scene for the anticipated Battle of Fire, with Rhaegal and Viserion flying overhead and Tyrion Lannister scheming on Dany’s behalf in the Yunkish camps.

Return Of The Direwolves 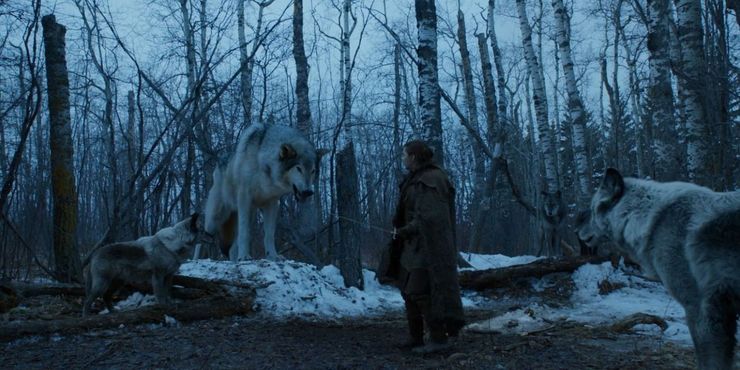 Arya’s estranged direwolf Nymeria reappeared in Season 7 of Game Of Thrones. Book readers can expect to see something similar. Currently, in the books, Nymeria is leading a pack of wolves in the Riverlands, killing Freys and Lannisters whilst maintaining a warg bond with Arya.

George RR Martin has cryptically confirmed that Arya’s direwolf will appear in a future book, stating “you don’t hang a giant wolf pack on the wall unless you intend to use it.” Fans of A Song Of Ice And Fire can expect to see the Stark wolves return to wreak vengeance on the Boltons.