GAME OF THRONES fans will soon have the chance to watch the entire series back-to-back on Blu-Ray and DVD now it has come to an end – but before that, the cast will be making one more arrival to discuss the show in its entirety.

Game of Thrones viewers have enjoyed watching the final season of the show since its airing back in August. While it was certainly not what a lot of viewers were expecting, it piqued interests, and went down as one of the most memorable shows of all time.


Since then, viewers have been working on theories deep within the show’s lore in order to work out why the specific events happened.


With not much word from the directors or writers themselves, it is up to the show’s cast to shed some light on the final scenes of the show.

And, luckily, for fans in London, UK, this Monday will see the return of three cast members to discuss the events of the show. 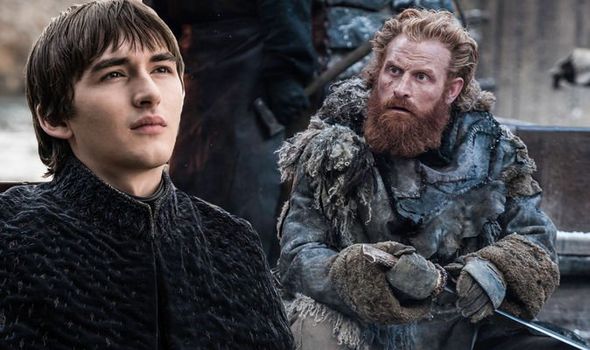 Game of Thrones: Bran and Tormund stars will be attending the Celebration (Image: HBO) 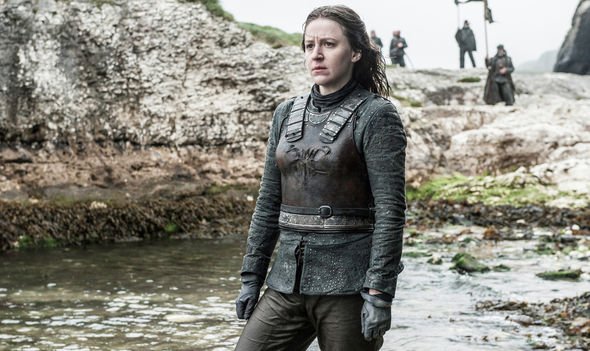 Game of Thrones: Yara Greyjoy will also be making an appearance at the show (Image: HBO)


The trio will appear at the Game of Thrones: A Celebration panel next week, where they will be speaking at a Q&A panel for fans of the show.

Partnered with HBO, BFI will also be hosting a second Q&A with talent from behind the scenes in the show.

Costume designer Michele Clapton, Barrie and Sarah Gower from the prosthetics unit, and weapons master Tommy Dunne will all be attendance for the event.

This team will give viewers a glimpse at what goes on to get the show looking and feeling authentic. 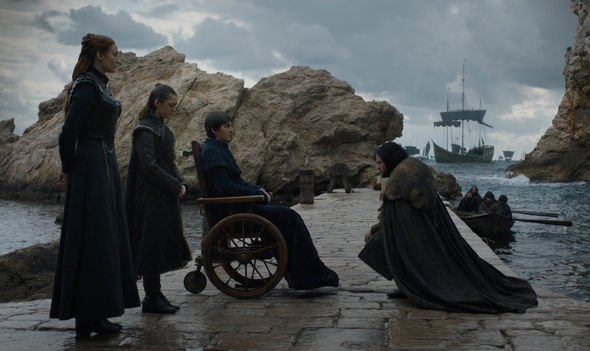 Game of Thrones: The cast may talk about the end of the show (Image: HBO)

Fans eager to jump into the celebratory of Game of Thrones can buy their tickets now, while spots last.

While it is not yet certain what the members of the show will be discussing, perhaps they could reveal the secrets behind some of the show’s cut scenes.

The script itself told of a precise moment Brienne fell in love with Jaime after the pair had slept together.

The script’s text reads: “Brienne sleeps the sleep of the happily drunk and devirginized.”

However it also goes on to say Jaime felt like a traitor to his sister and lover, Cersei Lannister (Lena Headey), for sleeping with Brienne.

It went on: “Jaime can’t sleep, however. He just helped save the world. So why does he feel like a traitor?”

The script added: “The directions suggest that Jaime realises in that moment that his loyalties are with Cersei and he cannot let her die alone.”