Now that the dust has settled, Game of Thones fans are forced to confront the reality of the Jon and Daenerys hook-up. The audience knew that these two heroes were accidentally stepping into an incestuous relationship, but their chemistry made it difficult not to root for them to get together anyway. At least it’s comforting to know that the Game of Thrones cast is concerned about Jon and Dany having sex too, if not downright grossed out. According to a cast commentary feature, the people who make Game of Thrones were just as squeamish about this pairing as some of the fans are.

“No,” Peter Dinklage reacted, “it’s not good! But it should be! But it’s not!” Preach. That’s about where a lot of Thrones fans are at emotionally while trying to justify this ‘ship. Not only are they aunt and nephew, and Jon’s parentage threatens Daenerys’ claim to the Iron Throne, but Jon Snow swore he’d never father a bastard. But, “it’s Game of Thrones,” Dinklage continued. “There’s a long history of romances not ending well on this show.”

Both Emilia Clarke and Kit Harrington made gagging noises when describing the connection (pun absolutely intended) between their characters this season. “For us as actors,” said Clarke, “it’s just weird. The reality of what they are to each other? I dunno how that’s gonna… I mean I think ‘eugh’ might be the reaction.”

Incest may be a Targaryen tradition in A Song Of Ice And Fire, but the cast and crew live in the real world and they have reactions way more suited to you and me.

Jon Snow came knocking, and the boat was rocking, but this tryst could result in way more damage than it ever could have possibly prevented. 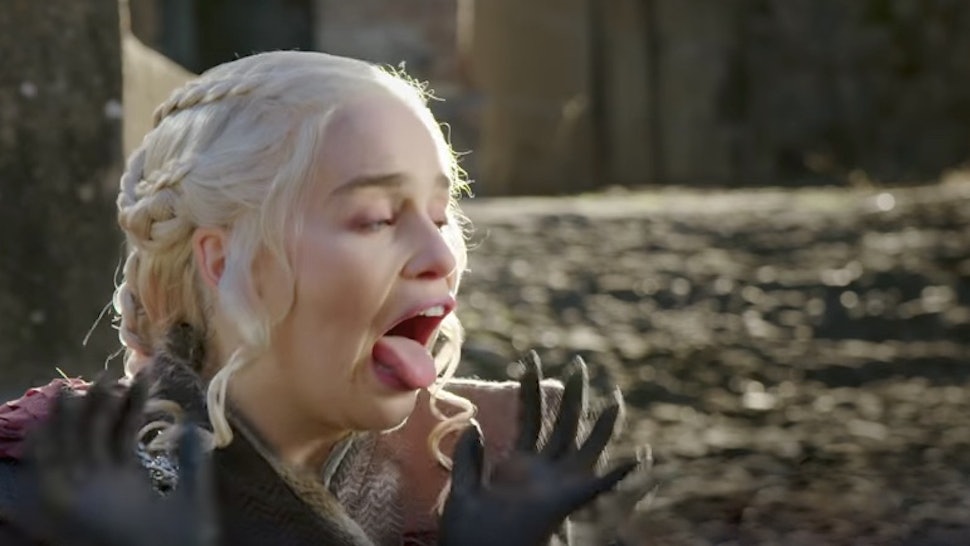 Unfortunately for the characters, they don’t know the half of it. Is it helpful to know that the folks involved also share your concerns?

But fans can’t fully enjoy their moment, thanks to the beauty of dramatic irony. Whether it causes a political rift or sinks a romantic ‘ship instantly, at least the Game of Thrones cast is on board with the fact that there’s something rotten in the state of Westeros’ hottest new couple. Solidarity is all that’s gonna get us through until Season 8.